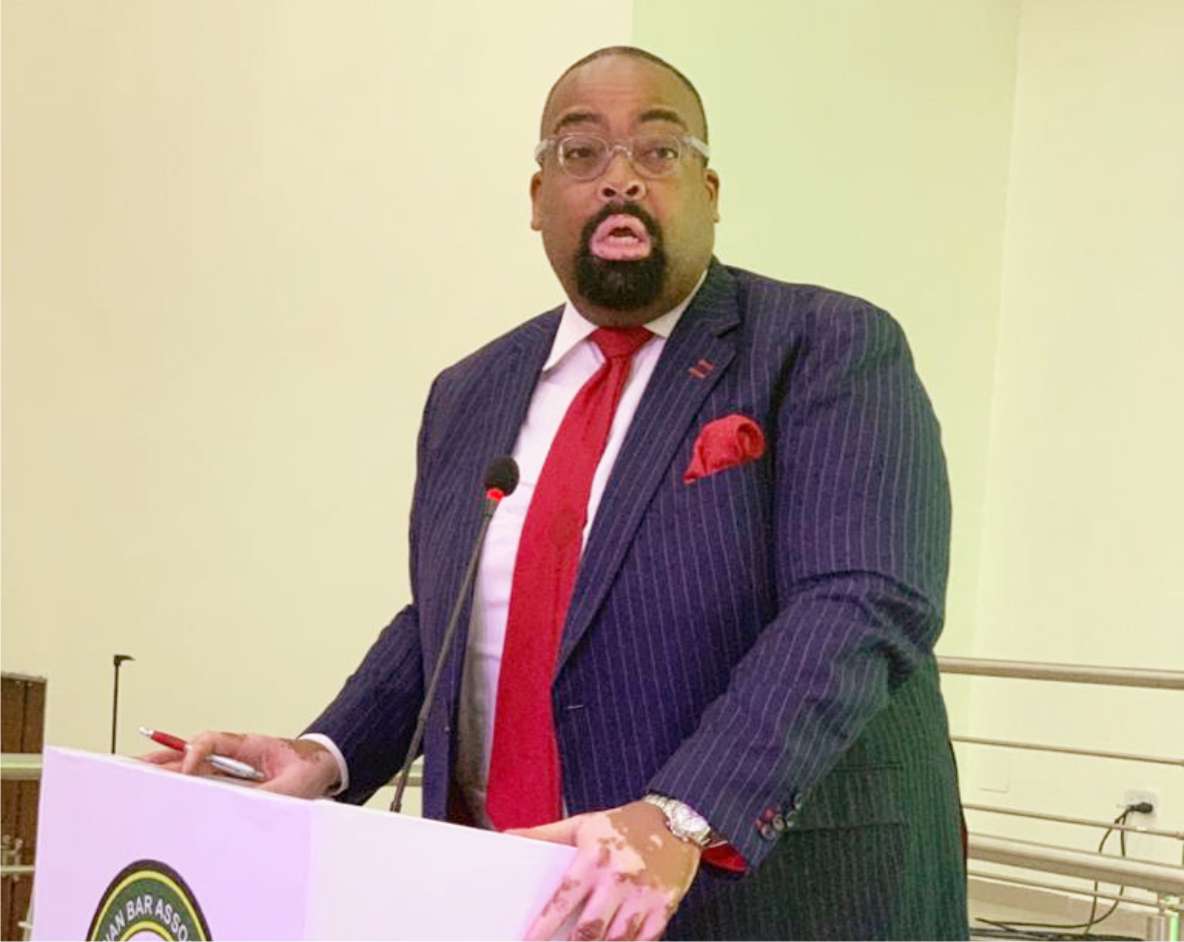 One of the earliest philosophers and Marxists in world history, Channing, once wrote: “The greatest man is he who chooses the right with invincible resolution; who resists the sorest temptations from within and without; who is calmest in storms, and whose reliance on truth, on virtue, on God, is the most unfaltering”.

It is with this bold heart and step that the newly inaugurated president of the Nigerian Bar Association (NBA), Mr. Olumide Akpata Esq, proceeded to Kano State to meet with the Grand Khadi of the Sharia Court of Appeal, Alhaji Tijani Yussuf Yakassai on a courtesy visit, and to reiterate the constitutional right of the young musician, Yahaya Aminu to appeal the death sentence passed on him by the court.

His visit was also believed to be reassuring to the musician that all has not ended for him with the death sentence hanging over his head. It was to rekindle his hope that he may still live again and should not give up with what has happened.

Akpata leaned on the poetic philosophy of one of America’s greatest 18th Century poets, Martin F. Tuper, who in a rhyme on the medicine of ‘Get Busy’, wrote: “Never give up! If adversity presses

Providence wisely has mingled the cup,

And the best counsel, in all your distresses,

Is the stout watchword of ‘Never give up”. (End of quote).

Mr. Akpata who was in Kano for an interactive session with members of the Bar in Kano State was accompanied on the visit to the Grand Khadi by the attorney general of Kano State, Musa Lawan Esq, and the chairmen of the Kano and Ungogo branches of the NBA, used the occasion to demonstrate that the new leadership of the association will do everything possible to protect the rights of citizens of Nigeria.
In his welcome address, the Grand Khadi noted that Akpata’s visit to the Sharia Court of Appeal was historic being the very first by a serving president of the NBA.

He was hopeful that the momentous occasion would herald enhanced cooperation between the NBA and the Sharia Court and ultimately engender a mutually beneficial working relationship between both institutions.
In his remarks, the NBA President stated that it was important for him to visit the Grand Khadi because many members of the NBA practice within the Sharia Court system and a close working  relationship between the Court and the NBA would be in the best interest of these members of the Association.

He said: “My visit to the Grand Khadi is both timely and important. We cannot afford to leave anyone behind. Many Nigerian lawyers practice within the Sharia Court system and so the Court is an important part of our justice system. I believe that a cohesive and close working relationship between the Sharia Court and the NBA is pivotal to the progress of the NBA.”
The NBA President went ahead to commend the Grand Khadi for championing many lawyer-friendly policies including ensuring that Khadis in the Sharia Courts at all levels are qualified legal practitioners.

He also expressed his personal delight that all parties involved in the trial and sentencing of Yahaya Aminu, the Kano-based musician who was recently sentenced to death by a Sharia Court, have affirmed that Mr Aminu has the inalienable right to appeal this conviction and that this right will not be abridged.

Recent reports have quoted that a foremost human rights crusader and a Senior Advocate of Nigeria, (SAN) based in Lagos, Mr. Femi Falana, has taken up the matter and appealed on behalf of Aminu to quash the death sentence.

Quote of the day on be ‘Be Happy’……. ‘Be Better’ by John Greenleaf Whittier:

“All hearts grow warmer in the presence

Of one who, seeking not his own,

Gave freely for the love of giving,

Nor reaped for self the harvest sown.

Thy greeting smile was pledge and prelude,

Of generous deeds and kindly words;

In thy large heart were fair guest-chambers,

Open to sunrise and the birds”. (End of quote.)