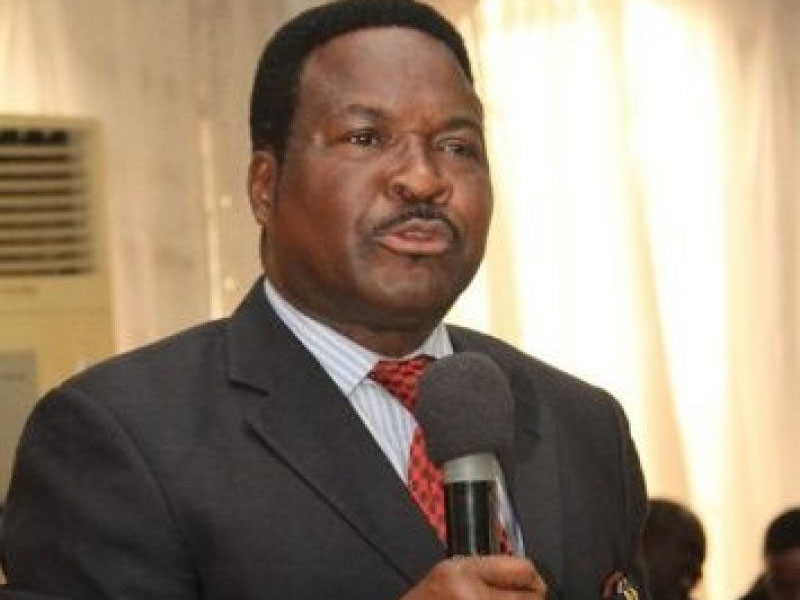 The act of a combined team of soldiers, DSS and Police, numbering about 40 attempted to arrest and detain Sunday Adeniyi Adeyemo Igboho was too much in the form of a kidnap attempt. Igboho was said to have been waylaid along Ibadan/Lagos Expressway whilst on his way to see Pa Ayo Adebanjo in Lagos. It was totally and absolutely unnecessary. A government exists to protect its citizens, not to terrorise them. If the government believed that Sunday Igboho had committed an offence, the best route would have been to simply send him an invitation to report to a Police station for interrogation.
If the security agents felt there were any internal security issues or breach of the law, they should have invited him to the DSS or Police office. It became therefore totally absurd that a whole security armada like soldiers, the Police and the DSS will waylay an innocent Nigerian citizen in a commando-like manner and attempt to abduct him. At least, Nigerians have not been told he has committed an offence, or what offence, if any.
What if Sunday Igboho and his handlers had felt they were being kidnapped and responded with a shootout? There would have been unnecessary mayhem and loss of lives because of the indecent and incongruous manner and way the attempted arrest was carried out.
What the government does not still seem to understand is that because it has failed to give security and welfare to the Nigerian people as provided for in Section 14 of the 1999 Constitution, ethnic nationalism is fast rising in a way that ethnic groups and the various nationalities in the Nigerian contraption have begun to feel that they need to go the extra mile to protect themselves from ravaging insecurity. That is why I always ask, who is advising this government?

The present ravaging insecurity is what led to the emergence of Amotekun, in the South West and the Eastern Security Network in the South East. There have also mushroomed various local policing militias across the country. It is the failure of the government to provide security that is at the root cause of these defensive measures.
Someone needs to drum it to the ears of this government that the young man with a tattooed face that proudly displays his tribal marks is no longer an ordinary “small boy” representing himself alone. He has become a metaphor for the Yoruba struggle for self-determination. At least, if you are not giving us self-determination, do not kill us in our homes and farms, the young man seems to be yearning on behalf of the Yoruba race.
Sunday Igboho is no longer ordinary. He is the equivalent of IPOB’s Nnamdi Kanu for the Igbos. He came out from nowhere to become the voice of the voiceless. He wears the new face of the Yoruba struggle for emancipation. The earlier this government understands this, the better for everybody.
Sunday Igboho from Igboho town recently came to national limelight when he stormed Igangan on January 15, 2021, and gave a quit notice to Fulani herders terrorizing his people in the Southwest through kidnappings and killings. Igboho was said to have earlier risen to fame during the Ife-Modakeke fratricidal war in which he played a major role between 1997 and 1998. Born in Igboho of Oke-Ogun area of Oyo state on October 10, 1972, he had relocated to Modakeke in Osun state. He started life as a roadside motorcycle mechanic and later ventured into car sales. Upon return to Ibadan, he met former Oyo state Governor, Lam Adesina, and also worked with Rashidi Adedoja. The Akoni Oodua of Yoruba land is the new face of the Yoruba struggle for emancipation, self-determination and racial respect. Does the federal government realize this? Igboho is believed by his teeming admires to possess magical powers that lift him beyond mere mortals like you and I. So famed was he that, a 2017 Yoruba Movie (Parts 1-4) by the same name “Sunday Igboho” was cast after his personality. Does this government appreciate these peoples’ sentiments?

Way forward.
Sunday Igboho can approach a court of law under the Fundamental Rights Enforcement (Procedure) Rules and seek protection from being killed, arrested, being waylaid, being detained and having his humanity degraded. He can go to court to seek his fundamental rights that he is entitled to freedom of movement, freedom of association and the right to move about and across Nigeria to any part that he wishes, without let or hindrance. See sections 32, 33, 35, 40 and 41 of the 1999 Constitution.
A court of law will readily grant him that protection because it has not been shown that he has committed any offence; and none is alleged against him. If any has been alleged against him, then they could invite him over to make a statement. We are operating a constitutional democracy where things are done by the rule of law; not rule of the thumb.
This government is too jerky. It embraces too much fire brigade approach to issues. That is the danger in it. The government must know that if they had killed Sunday Igboho yesterday, may be with a stray bullet, or by mistake, or deliberately, I don’t think Nigeria would have been having a nice weekend today.
The government should understand this. Let them understand that there is anger, despondency. There is fear across the country; fear of death, fear of fear. So, they (the DSS and the Police) should never attempt to do what they did on Friday last week so as not to trigger unnecessary national hoopla, national insurrection, national commotion, national brouhaha. I have said my own.

When will Nigeria be abducted?

Introduction.
Is Nigeria not being abducted by Boko haram bandits, herders, kidnappers, armed robbers and terrorists? The scenario is frightening and heart-rending. Let us see.
CHIBOK, BORNO STATE, 14TH – 15TH APRIL, 2014.
276 school girls abducted by dreaded Boko Haram insurgents. Former president Goodluck Jonathan was almost roasted alive. The present government’s leading lights harped on it. The then candidate Buhari of APC and other APC stalwarts salivated over the fatal blow to GEJ’s presidency by this singular unfortunate incident. 112 so far released on payment of undisclosed huge ransom. Fast forward. Buhari clinched power and was sworn in on May 29, 2015, with the most outstanding campaign promise (aside revamping the economy and killing corruption), being to lead from the front (as a retired former military Head of State); and crush Boko Haram. Nigerians believed him. Afterall, he fought at the war front during the 3 year bloody Nigerian-Biafran civil war.
However, let us see Buhari’s ugly tale of the tape: Dapchi, Yobe state. 110 school girls abducted on February 19, 2018. 110 have been released on huge ransom (the exact amount of which the Buhari government has refused to tell us till date). 6 are still held, including beautiful Leah Sharibu, who refused to recant his Christian faith.
Kankara, Katsina state; 340 school children abducted in December, 2020, by about 100 Boko Haram bandits riding motocycles. They were all released after payment of huge sums (amount not disclosed till date by an ever opaque government). Big business. More lucrative than citing industries or setting up banks. Dangote that goes to bank to take huge loans to remain the forbes richest man in Africa will no doubt be envious and green with envy.
Kagara, Niger state. 42 people, which included 27 students, 3 staff of Government Science Secondary School and 12 of their family members abducted. Till now, they are held by the bandits. Then, only yesterday, Zamfara State Government Girls Secondary School, Jangebe, was their next port of call. About 315 of the 500 boarded students were abducted. Governor Bello Matawalle who has so far done excellently well on security matters, and in pushing back armed bandits, is optimistic they would be released without ransom.
A common thread and trend: Girls schools are targeted. Weaker vessels. Not boys schools! Huge sums demanded as ransom. Payment made. Girls (not all) suddenly released. Bandits and Boko Haram smile to their hides out. They purchase more weapons. They wait a while. Strike again. Circle repeats itself. No Federal Government in sight. Oh, it is in sight – but only in boasting that it will fish out the bandits and stop further re-ocurrence. That is the end. How many students so far abducted? 276 under Jonathan. 807 under Buhari. Over 1000. This country is in a complete mess. Worse than ever before. So, when will Nigeria be finally abducted?