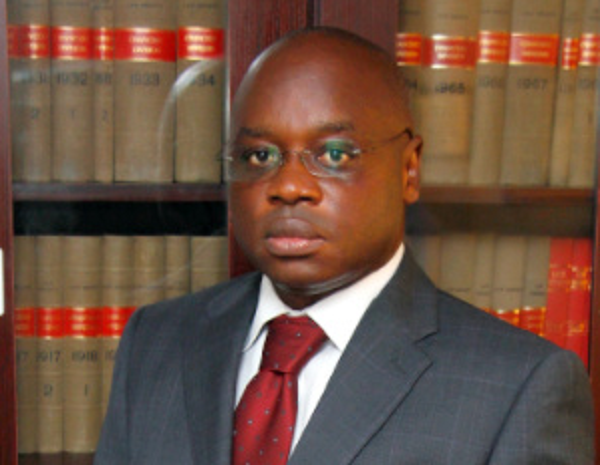 THE Supreme Court of Nigeria on Monday, December 20th, 2021, laid to rest the controversial conviction and sentencing for 30 days of a Lagos-based Senior Advocate of Nigeria (SAN), Dr. Joseph Nwobike by a Lagos High Court, Ikeja Division which was later affirmed by a Lagos Division of the Court of Appeal sitting at Igbosere on Lagos Island.

The apex court after thorough consideration of the appeal lodged by Nwobike, arrived at the verdict that his complaint had convincing merit to compel the court to set aside the decision of the court of first instance and the affirmation by the court below.

In a unanimous decision by a five-member panel of the apex court led by Justice Olukayode Ariwoola, it faulted the April 30th, 2018 decision of the Lagos High Court sitting before Justice Raliat Adebiyi of Ikeja Division and the affirmation by the Court of Appeal Lagos Division. On the strength of its findings, it decided to uphold the senior lawyer’s appeal.

Nwobike, a holder of a doctor of philosophy (PhD.) degree in law of the University of Lagos and a former student union activist and one time general secretary of the Students Union Government, (SUG) of the same Alma Mater was charged with attempt to pervert the cause of justice by the anti graft agency, the Economic and Financial Crimes Commission, (EFCC).

The Supreme Court in delivering its clear and final judgment last Monday, after more than four years the case has lingered in court, held that the High Court of Lagos under Justice Adebiyi was wrong in convicting Nwobike for the said offence and also disagreed with the Court of Appeal which affirmed the same decision of the high court without conducting further and proper due diligence in the matter before arriving at its own judgment. For failing to conduct proper findings in the decision of the high court, the apex court said the court below erred in law, hence the judgment should be set aside.

The court noted that Section 97(c) of the Administration of Criminal Justice Law (ACJL) of Lagos State under which the senior lawyer was charged and convicted did not clearly define what constitutes perversion of justice.

The highest court also disapproved that the Economic and Financial Crimes Commission (EFCC) which arraigned Nwobike has the powers to investigate and prosecute the offence of perversion of the cause of justice.

EFCC through its counsel, Rotimi Oyedepo pressed the charges against Nwobike after accusing him of exchanging SMS with a court registrar for assignments of his cases and purportedly deciding when such cases should be heard by a Federal High Court sitting in Ikoyi, Lagos.