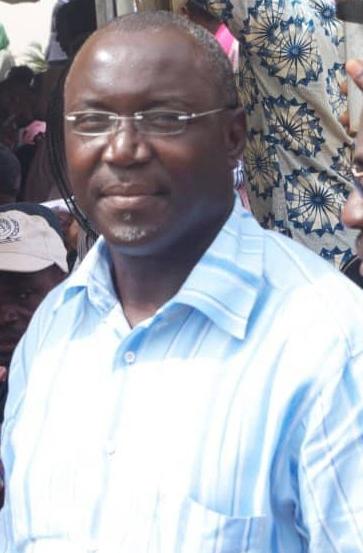 A prominent Lagos-based businessman, Sulaiman Sanusi, the managing director of Sanusi Brothers Nigeria Limited, has been convicted and sentenced to two years imprisonment for illegal possession of firearm by a Lagos Chief Magistrate Court.

The court presided over by Chief Magistrate Kemi Doja-Ojo, convicted and sentenced the businessman to the jail term, after pronouncing him guilty of a count charge brought against him by the Nigeria Police.

In convicting and sentencing the businessman, Chief Magistrate Doja-Ojo while citing plethora of judicial authorities, held that “the prosecution has successfully proved the charge against the defendant beyond every reasonable doubt”.

Chief Magistrate Doja-Ojo also held that: “There is no evidence before the Court that the convicted businessman obtained the permission of either Inspector-General of Police (IGP) or Lagos State Police Commissioner, before possessing the dane gum”.

Consequently, the presiding Chief Magistrate convicted and sentenced the businessman, Sanusi to two years imprisonment.
Chief Magistrate Doja-Ojo also ordered that the dane gun, which was illegally possessed by the convicted businessman be forfeited to the armoury of the Police and to be disposed off in accordance with the instruction of the Inspector-General of Police

The Chief Magistrate, however gave the convicted businessman an option of N1,000 in lieu of jail term.

The police had dragged the convicted businessman before the court sometime in 2014, in a charge marked A/43A/2014, on a count charge of illegal possession of firearm and flaunting of a court order.

He was alleged to have committed the offence at his office No. 2, Doherty Akanni Street, off Oba Akran Road, Ikeja, Lagos, on October 16, 2014.

The offence according to the prosecutor, Mr. Stephen Molo, was contrary to and punishable under Section 27 (a} Law of the Federation of Nigeria 2004 as amended).

The convict had pleaded not guilty to the charge, the development which led to the commencement of his trial

The prosecutor also tendered several Exhibits, including the dane gun, recovered from the convicted businessman, his confessional statement; the search and arrest warrants; petitions from the complainants and others.