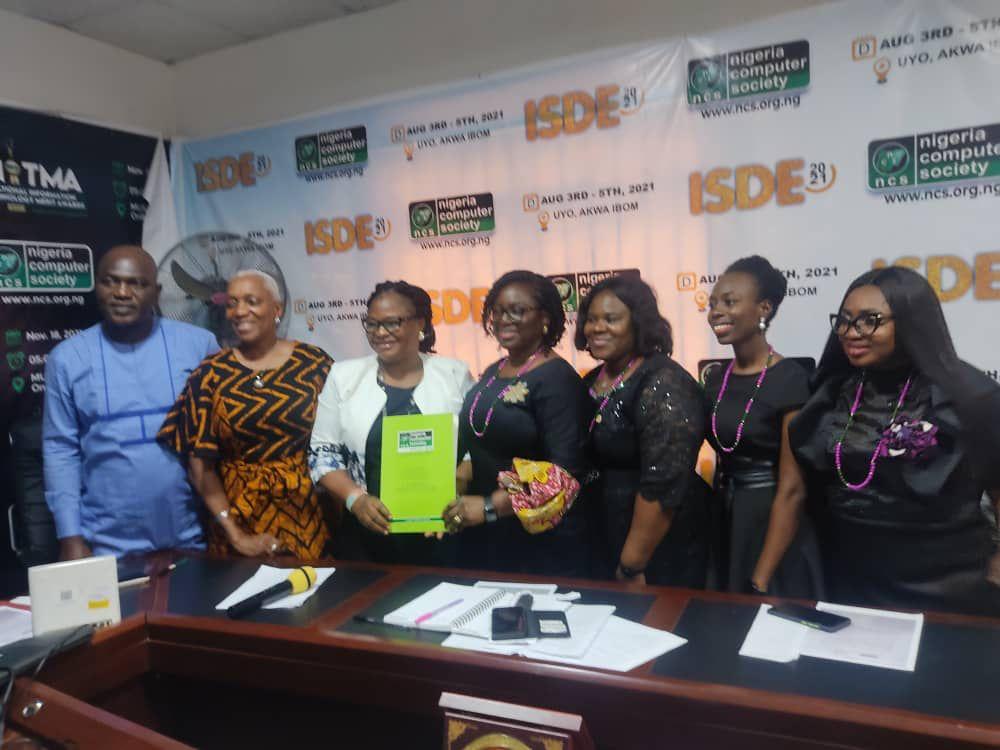 Mrs. Etomi and her new Lagos NIWIIT executive members in a group photograph after the swearing in ceremony on Thursday, February 10, 2022……. in Lagos.

WORDS ON MARBLE: “No life is worth living outside the knowledge of GOD and the Laws that govern Creation, as anchored in the WILL of the ALMIGHTY FATHER”.