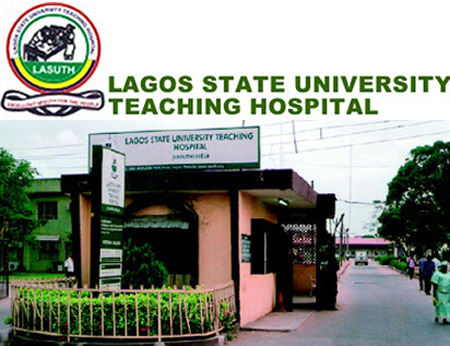 The police had sought DPP’s advice on the charges of conspiracy to commit murder, murder, forgery and stealing against all the defendants mentioned above, through a letter with reference number CB:4099/X/HCD/TE/Vol.1/99, dated August 16, 2018.

The police had sought the DPP’s advice to establish the charges against all the defendants who were alleged to have caused the the death of one Mrs. Abolore Remi-Louis.

In the advice issued and signed by Shitta-Bey, while absolving all the defendants of the allegations, stated that the deceased, Mrs. Abolore Remi-Louis, was admitted on July 8, 2017, at the Lagos State University Teaching Hospital (LASUTH) for difficulty in breathing as a result of breast cancer which was advanced, terminal and metastatic to the lungs.

She stated further that the deceased was discharged on July 24, 2017, with the instruction for oncology clinic for further treatment, adding that the deceased died on August 5, 2017, and the cause of death attributed to the acute respiratory arrest.

The advice reads in part: “After carefully considering the facts as contained in the duplicate case file, this office is of the considered opinion that there are insufficient facts to establish a prima facie case of conspiracy to commit murder, murder, forgery and stealing contrary to Sections 233, 223, 365 (1) and 287, respectively, of the Criminal Law Cap.C17, Vol. 3. Laws of Lagos State 2015 against Page B1, (Otunba Olusegun Ashogbon), B 2 (Titilayo Oladimeji), B3 (Alhaja Modinat Olayemisi ), B4 (Dr. Ibrahim Adedeji), B6 (Dr. Ayoade Adedokun), B7 (Dr. Nasiru Akanmu), respectively.

“Facts available in the duplicate case file reveal that the deceased, one Abolore Abiola Louis was admitted on 8/7/2017 at Lagos State University Teaching liospital,(LASUTH), Lagos for difficulty in breathing as a result of breast cancer which was advanced, terminal and metastatic to the lungs. She was discharged on 24th August, 2017 with instruction for oncology clinic for further treatment. Howevcr, the deceased died on 5th August, 2017, and the cause of death was attributed to acute cardio respiratory arrest.

“It is trite law that evidence in proof of an offence of murder must be credible and sufficiently linked the defendant and no one else to the death of the deceased. Please see Okon Edoho Vs The State (2010) 3-5 SC PT 1 PG 127.

“There is no direct or circumstantial evidence to establish that the suspects by their acts or omissions caused the death of the deceased”.

Reacting to the report by the counsel to the complainant in the allegations, Mr. Isaac Adiatu of New life Chambers, in a petition dated August 7, 2019, for total and thorough review of the the legal advice on the ground of misrepresentation of facts and miscarriage of Justice, alleged that the DPP advice contained fictitious names of murder suspects.
Adiatu also accused the DPP of what he called ‘construction of defence’, for the alleged murder suspects and subtle threat to cover-up professional misconduct.

The complainant lawyer also accused the DPP of premeditated perversion of course of Justice, having relied on the instrumentality of legal advice for backdoor acquittal which was signed by T. K. Shitta-Bey.

He therefore asked “if a legal right can arise from a fraud, because fraud vitiates, including judgment ordered and even the discretion of the court”.