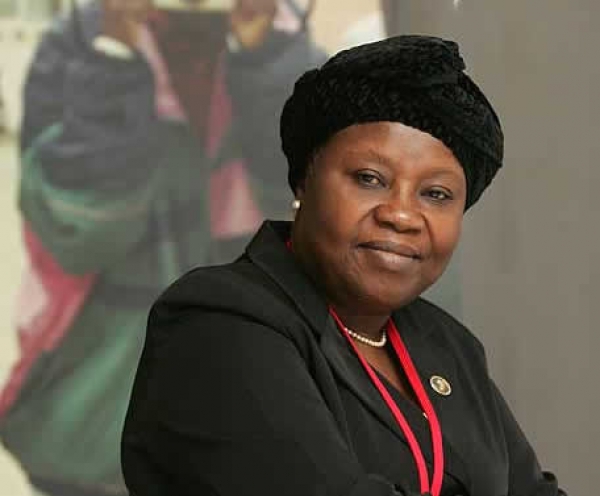 In one of my articles titled “The Making of the first female Chief Justice” I wrote thus:

“Hon. Justice Aloma Mariam Mukhtar stepped into history on the 16th July 2012 when she was sworn-in as the first female Chief Justice of Nigeria. Since 1958 when Sir Adetokunbo Ademola became the first indigenous Chief Justice of Nigeria, all those that came in succession to the office have been male until destiny beckoned to Justice Mukhtar to take over the leadership of the Supreme Court which is the apex court in Nigeria. When talking about being the first in all things particularly on the judicial bench, Justice Mukhtar is truly the first.”

There is no apology to the First Bank of Nigeria PLC that always prides itself as TRULY THE FIRST. In her home state which is Kano State, Justice Aloma was the first woman to be elevated to the High Court bench. Apart from being the first woman to be elevated to the Court of Appeal bench in Nigeria, she was equally the first woman to sit on the Supreme Court bench where she eventually retired as the Chief Justice. When you talk about the judicial experience, Justice Aloma cannot be found wanting and when any person like her speaks on issues that bother on judiciary, she must be taken serious.

In a recent book launch titled “Honey from the Rock” held in honour of Hon. Justice Clara Bata Ogunbiyi, another woman who just stepped down from the Supreme Court bench as a Justice of that court after reaching the mandatorily retirement age of 70, Justice Aloma raised a serious issue on judiciary .What did she say? Please listen to the former Chief Justice of Nigeria:

“I shall at this juncture revisit the issue of lobbying and in addition favouritism and god-fatherism in the appointment of judicial officers. It is sad that we allow the rising culture of lobbying to influence appointment in judiciary….If we are to revive what held sway in the past which is maintaining a strong and competent judiciary- then let merit be the watchword. Lobbying, favoritism and godfatherism should be discouraged and discarded, as they lead to fall in the standard and instead of enhancing the institution, they devalue and weaken it because of incompetence of the personnel.”

Can there be any home truth than this? I believe this statement was not made in Arabic or Aramaic but in plain King’s English which does not require any interpretation. Most of the problems we have in judiciary and by extension to all professions in Nigerian today could be attributed to the personnel that are rooted in lobbying, favouritism and godfatherism. This kind of assertion and observation is not new. In a booklet titled: ISSUES IN THE TEMPLE OF JUSTICE published in 2005, I had observed:

“…The nomination and appointment of those who sit on the bench must be made open and allow public to comment on their integrity and where objection is raised to any appointment, it must be critically looked into, at least an objection to the registration of trustees of any organisation or grant of letter of administration in CAC and Probate Registry respectively are allowed after due public notice given. This should also be applicable for the appointment to the bench and the rank of the Senior Advocates….The appointment must not be the exclusive preserve of the children of who is who in the society, the children of the less privileged must equally be given chance. It must be strictly on merit. Except all these are done, our judicial system would continue to be at crossroads. I rest my case.”

“There is the aspect of their attitude and orientation to duty, late sitting, laziness, incompetence, doubtful integrity.”

These problems still persist till date because merit has been sacrificed for lobbying, favouritism and godfatherism. Most of what we witness in court these days seems to be given credence to the assertion of some of our colleagues that often say they are not interested in court room litigation. Why would they stress themselves by waking up at cock crow and struggle to reach the court as earlier as possible only to be later told that the court would not sit? Some judicial officers would not sit on time and when they sit would only select few cases to attend to and ask their registrars to adjourn other cases. How can a judicial officer who really has the zeal for the job ask that a mere Motion Ex parte or a case meant for the adoption of final addresses be adjourned to another date? Some courts, even outside jurisdiction are in the habit of not notifying counsel earlier that they would not be sitting despite having the full contact of those counsel until those lawyers get there disappointed that the court would not be sitting. As for those that argued that these vices of lobbying, favouritism and godfatherism are normal, our retired Chief Justice had this to say:

“These practices negate the principle of justice and breeds indiscipline. I once read in one of our daily newspapers that lobbying is a norm in the USA and since we are in the American system of democracy its adoption here is in order. I disagree because even if they do so, they consider merit first as the efficiency and the intellectual ability of an appointee is always paramount, as far as the judiciary is concerned”

Let us say in America and Nigeria, two lawyers who are both qualified are interest in a vacant position of a judge, while one is from a humble background, the other one is from a rich background but less brilliant than the other one, who among the two do you think will get the job in the two countries?

The irony of the society we find ourselves is that if in term of being good or brilliant your certificate is as long as third Mainland Bridge and you have no godfather to back you for a good job, you may be on your own. It is no longer news that if you want a job in a bank and you have a godfather that has huge amount of money in that bank, he will surely be your visa to that bank as all he needs to tell the bank is that it is either they give his godson a job or he withdraws all his money from that bank. Even if the bank has no vacancy, it will surely create one. Another gist that is going round now is that if you want to be appointed a judicial officer there is a particular politician that will make your dream a reality.

If we want to make a change to have a judiciary with the clean slate, it is high time we reflect on Hon. Justice Mariam Aloma Mukhtar ’s home truth. For those who are presently on the bench and those aspiring to be there, they will do well to search for their role models in the book titled LEGAL LUMANIRIES featuring some of the heroes of the legal profession in Nigeria!