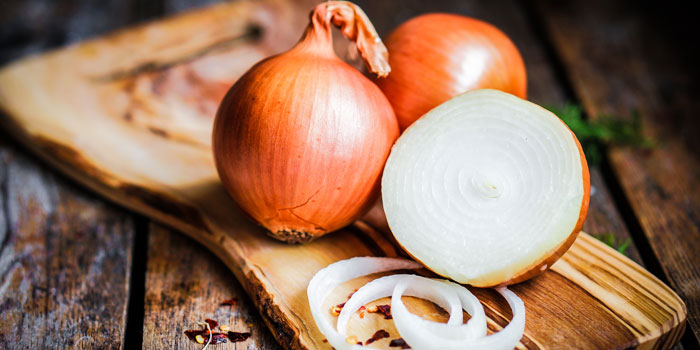 Dr Bartholomew Brai, a nutritionist at the Federal University, Oye-Ekiti, has advised against the consumption of exposed onion cut the previous day, to avoid food poisoning.

Brai told NAN in Lagos on Wednesday that such sliced onion if not properly stored when exposed could be highly poisonous as they could create toxic bacteria.

According to him, the vegetable contains sugar which promote bacteria growth.

“However, considering our environment and the perennial epileptic power supply, it is better to slice it when you want to make use of it.

“This is to avoid bacterial contamination which may cause adverse stomach infections and even food poisoning because of excess bile secretions,’’ Brai said.

The nutritionist, however, noted that onion contained compounds that had health benefits such as vitamin c, glutathione, flavonoids, allin and allicin.

He said the compounds lower risks of cardiovascular diseases and cancers of the gastrointestinal tract.

Brai added that the vegetable belongs to the vegetable food group and it is almost certainly safe when eaten in amounts commonly found in people’s foods.

He said onion should be a key ingredient in every healthful vegetarian meal because of its versatile high beneficial sulfur compounds.

Brai said it belongs to the allium genus as garlic and is grown not only for use in cooking but for its antiseptic qualities.