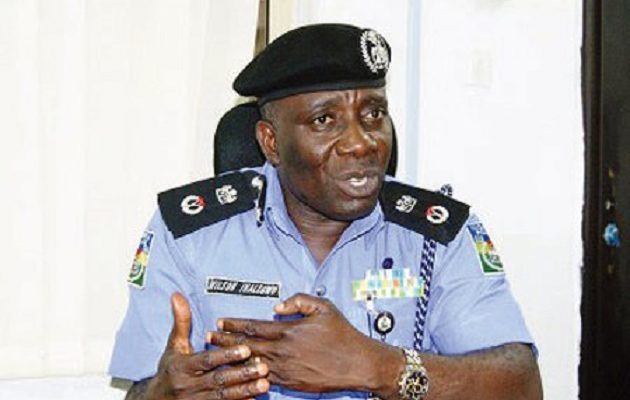 Out-going Commissioner of Police, in Ekiti State, Mr. Abdullahi Chafe, whose service as CP end on May 5, which happens to be All Progressives Party (APC) governorship primary,  has called on politicians in the state  to maintain the peace during and after the primary.

CP Chafe, who stated this while briefing newsmen on Friday in Ado Ekiti however commended Ekiti State, as  one of the lowest in crime rate in Nigeria, and called on the people to sustain the peace being enjoyed calling on the people to always give prompt and vital  information to the police command to be able to stall crime and criminality in Ekiti.

Mr. Abdullahi Chafe, who is retiring from the police force on Saturday, having reached the mandatory age for public servants in the country, noted that his most challenging period was when he was in Yobe State at the early stage of the security challenge in the country and at former Yugoslavia.

Chafe,   said working in the two places especially Yobe State was challenging  for one and half  years, but for one year, he was sleeping in the office, pointing out that “you can’t  predict what would happened at any moment”

He called on the policemen and women to avoid materialism, saying materialism is the main cause of corruption and various problems in the country.  He said with the fight against corruption in Nigeria by the present government, corruption would get to a minimal level.

Chafe advised the Nasarawa State Governor, Alhaji  Tanko Almakkura-led governorship panel to extract commitment from all the aspirants through agreement on the delegates’ list.

“I will only advise that His Excellency, Alhaji Al-Makura should meet with all the aspirants before the primary and allow them to confirm the list of delegates given to them for the election.

“But as regards security, our men will be on ground and we shall ensure adequate security for all leaders and delegates”, he assured.

The police commissioner, had earlier commissioned the new Police Hospital built within the premises of Okesa Police Station to offer healthcare services to policemen and other residents of the state.