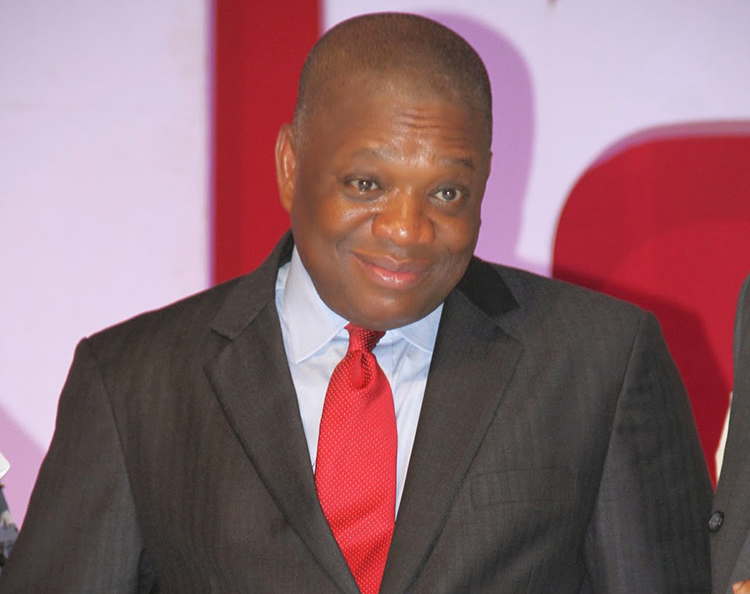 The much expected continuation of trial of the former governor of Abia State, Orji Uzor Kalu over N6.7b fraud case brought against him by the Economic and Financial Crimes Commission (EFCC), was stalled today, January 23, 2019 following the announcement of the trial judge, Justice Mohammed Idris that he had been asked to hand-off case by the President of the Court of Appeal who did not renew the Fiat on the matter.

Announcing his disqualification Justice Idris said: “Let me say this. I should not proceed further in this matter since I have not been asked by the President of the Court of Appeal to continue hearing this case. I am sitting on the High Court Bench on the authority of the Court of Appeal President having been elevated to the appellate court. It is the President who issues me fiat to continue on the matters I started as a high court judge before my elevation or gives me new fiat to start new ones which I have just received. But in this particular matter (involving Orji Uzor Kalu), the President did not renew my fiat to continue the case”.

Kalu was granted bail to attend to his trial, but he eventually travelled to Germany on health ground. He did not return to the country within the time permitted by the court and therefore missed three sittings of the court in his trial. The judge, Justice Idris, had no other option than to revoke his bail on November 12, 2018, ordering him on arrival to submit himself to security operatives at the Murtala Mohammed International, Airport, Lagos and hand over his international passport to EFCC.

But the ex-governor on arrival at the airport did not hand over himself or his passport to the security operatives or the EFCC as ordered by the court, instead he rejoined his party, the All Progressives Congress (APC) in its nationwide campaign for the forthcoming elections. Himself is a senatorial candidate of his party in Abia State.

This was alluded to by the counsel to EFCC, Mr. Rotimi Jacobs (SAN), when he moved the court to order for Kalu’s arrest since he was absent in court today making it the fourth time he has refused to attend to his trial.

His submission: “My lord, this case is for continuation of trial today. As you can notice the the first defendant (Kalu) is not in court again. My lord, you will recall that the last adjourned date on November 12, 2018, the first defendant purportedly claimed he was away in Germany on medical treatment. On that same date, my lord, his lordship revoked his bail and ordered that he should surrender himself and his passport to my clients, the EFCC. Till date he has not reported himself to EFCC, instead he has been busy campaigning as a senatorial candidate of his party.

Continuing his submission Jacobs said: “On January 17, 2019 the first defendant wrote to this court that he was travelling again to Germany on medical treatment when he is aware that this matter is coming up today. My lord, this is unbecoming of an accused standing trial in a criminal case. He is taking this court for granted”.

“In view of this, I want to make a new application pursuant to Section 352 (4) of the Administration of Criminal Justice Act, 2015 that the court should order for his case to continue in his absence and give judgment one way or the other to conclude the matter”.

It was at this stage Kalu’s lawyer, Mr. Awa Kalu (SAN) who was appearing with two other senior advocates for the defendants, Mr. Solo Aku (SAN), and Chief K.C. Nwufor (SAN), told the prosecuting counsel to put his intervention in an affidavit evidence so that he can respond to his allegations.

“My lord, tell my learned brother to put his intervention in an affidavit evidence so that we can respond to his new allegations with a counter affidavit”.

The first defendant’s lawyer, Kalu was about to continue his response to the prosecution’s counsel submission when Justice Idris stopped him to drop the bombshell that he had been stopped by the President of the Court of Appeal to discontinue with the case since the appellate court President did not renew his Fiat to sit on the matter again.

After announcing his disqualification to continue with the case to the amazement of the prosecution team, the defence counsel and journalists who thronged the court to cover the proceeding, the judge just rose and left the courtroom without making any pronouncement as to adjournment, transfer of case to another judge or for the matter to start denovo (afresh).