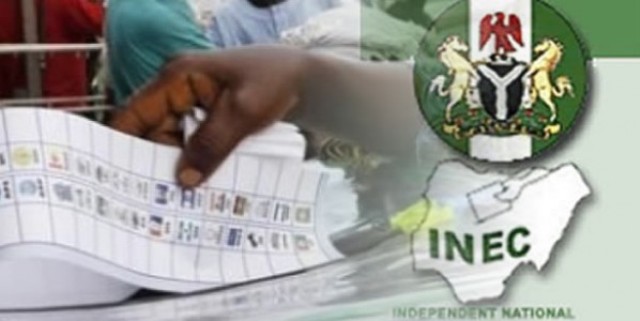 A Federal High Court in Lagos on Thursday convicted two ex officials of
the Independent National Electoral Commission (INEC), Christian Nwosu and Tijani Bashir who were charged with N264.8 million gratification and money laundering by the Economic and Financial Crimes Commission (EFCC).

Justice Mohammed Idris, now elevated to the Court of Appeal
concluded the case on fiat and handed down the conviction while delivering his judgment in the trial that spanned several months.

The court, however, adjourned the sentence of the convicts, until Friday
(tomorrow), to enable the first convict (Nwosu), who was reported to be on sick leave appear in court.

EFCC had preferred a criminal charge against the convicts. One of them, Yisa Adedoyin, earlier was convicted by the court after he pleaded guilty to the charges.

The convicts were said to have accepted cash gratification from a former
Minister of Petroleum Resources, Diezani Allison-Madueke, in the build-up to 2015 general elections.

The anti-graft agency accused them of accepting the said gratification,
which they reasonably ought to have known formed part of the proceeds of an unlawful act.

The convicts were re-arraigned after their co-accused (Adedoyin) had opted
to change his plea by admitting to being complicit in the offences charged.

Conversely , Nwosu and Bashir maintained their respective pleas of not
guilty, while they opened their defences on September 19 and 21, 2018 respectively.

After conclusion of trial, parties adopted their final addresses on Nov. 8,
2018 and the court adjourned until January 23 for judgment.

On January 23 (yesterday), the court was ready to read its judgment, but
counsel to the first convict, Mr Victor Opara informed the court of a sick leave certificate for Nwosu, from a hospital in Enugu in which he was placed on bed rest.

He thereafter urged the court to grant an adjournment to a further date to enable Nwosu appear.

Opposition the application, the prosecutor, Mr Rotimi Oyedepo, vehemently urged the court to proceed with its “business” for the day, adding that such excuse was aimed at “arresting” the court’s judgment.

In the interest of Justice however, Justice Idris further adjourned the
case to Thursday (today) for judgment and ordered that Nwosu be brought
to court unfailingly by 9.am.

When the case was called on Thursday, Mr Obinna Okereke announced
appearance for Nwosu, and informed the court that the convict was
immediately informed to come down from Enugu after the court issued the
order yesterday.

He, however, said that after Nwosu arrived Lagos, he was informed that he
fainted at the park and had been rushed to a hospital at Ajangbadi in
Lagos, where his Blood pressure was said to have read 200/140

He also urged the court to grant a short adjournment to enable his
appearance in court adding that there was also a subsisting appeal in the
instant case before the Court of Appeal.

Again, Oyedepo objected to the prayer for adjournment and citing the
provisions of sections 305 and 314 of the Administration of Criminal
Justice Act, he urged the court to proceed to deliver the judgment.

The prosecutor,  described the request as a gimmick to stop the judgment.

He added: “A defendant who was able to travel from Enugu to Lagos, suddenly fainted when he arrived his destination; he did not faint on the way, I urge the court to refuse this excuse and proceed with the judgement,”

In a bench ruling, Justice Idris dismissed the request for adjournment on
the grounds that by the provisions of the law, his judgment ought to be
delivered within 90 days after adoption of addresses.

Delivering his judgment afterwards, which lasted for 47 minutes, Idris gave
a clear insight as to what constituted Money laundering, Conspiracy, as
well as circumstantial evidence.

The court held that it is satisfied from the testimonies of prosecution’s
witnesses and the evidences tendered such as receipts of payments duly
signed by the convicts, that the prosecution had been able to discharge the
burden of proof on it, which in any case needs not be total.

Again, the court held that it was not in doubt that the convicts were
guilty of the offences of conspiracy, as they both met in the bank to
accept the cash payments of N70.05 million and N30 million out of the total
sum of N264.8 million dole-out of the ex petroleum minister.

The court held : “I agree with the prosecution that the manner in which the
transaction leading to this charge was consummated, shows clearly a
meeting of the minds.

“As stated earlier, the defendants showing their meeting of minds to commit
the alleged offences, went to the bank, handed the cash to the second
defendant, who conveyed same as instructed by the first defendant.

“They were not beneficiaries of any financial instruments or bank
instrument, with which they can go to the  bank to carry out such
transaction; they made such cash payments without going through any
financial institution and concealed, retained and used same.

“In the light of the forgoing, I hereby find the accused guilty of the
charge, ” the court held

Following the absence of the first accused, the court deferred his
sentencing to January 25 (Tomorrow),  and ordered that the second accused who was present in court, be remanded in the EFCC custody pending sentence.

The court will deliver its sentence by 12 noon tomorrow.