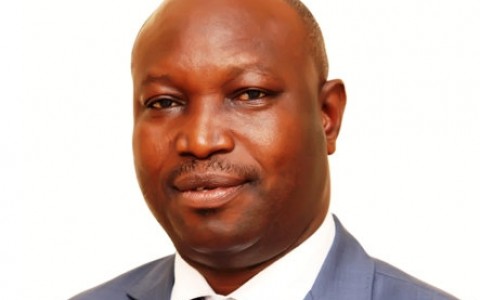 A member of the Lagos State House of Assembly, Mr. Akeem Bello has lost the bid to validate his return to the Assembly next month. The judge, Justice Ayotunde Faji, who presided over his matter at the Federal High Court, Ikoyi, Lagos, dismissed his originating summons on the ground that he filed it out of time. But Bello has indicated interest to appeal the judgment.

According to Faji, Bello filed his summons outside the 14 days as recommended by the Electoral Act for any person complaining of an electoral wrong in a pre-election matter.

Though the judge was very inaudible while reading the judgment in the open court on Friday thereby forcing every person inside court to strain his/her ears to hear him, he was heard pronouncing the matter as statute barred and therefore has no merit for consideration.

The judge who has the habit of locking the doors of his court when sitting, locked out Bello and his opponent, Rauf Wale because there were no enough seats in his court to contain them and their supporters at the time of the judgment.

Faji hates seeing lawyers and litigants standing in his court while conducting proceedings, even though he knows the courtroom is small to contain the number of people who have cases daily at the court, he does not compromise his stand on the issue.

Contrary to Bello’s claim that Wale’s name was substituted with his after his opponent withdrew from the race according to their party’s agreement, the held that there was no evidence that Wale wrote to the party withdrawing his candidacy, nor was there any evidence that his letter to INEC requesting for substitution was received within the time allowed by law.

On the basis of the foregoing, the judge refused to allow Bello return to the LASHA next month for the inauguration of the 9th Assembly.

From Bello’s originating summons dated February 7, 2019 he contended that he was the one that won the primaries of All Progressives Congress (APC) for Amuwon Odofin Constituency 2 to be reelected to the Lagos State House of Assembly (LASHA), after Wale did a voluntary withdrawal due to party decision for him (Bello) to do a second term.

He said when the party recognised that he was the right candidate to represent Amuwo Odofin 2 the party wrote to INEC informing it to substitute Wale’s name with his name as the cause of action was within the time permitted by law, but INEC adamantly ignored to effect the change by allowing Wale’s name to remain in the list of elected members of LASHA for 2019.

Bello’s lawyer, Mr.Wahab Sittu, a renowned senior counsel who led other lawyers to press for his client’s case was persuaded by some authorities including Tukur vs. UBA, PDP vs. Sylva and Wema Bank vs.IIC (2011) 6 NWLR, Pt.479 to submit that the choice of a political party to sponsor a candidate for an election cannot be questioned by INEC, nor can the electoral body lawfully refuse a substitution of a candidate nominated by a party within the time line allowed by the Electoral Act.

Unfortunately INEC was not in court to join issue with Bello and Wale, therefore the court concluded arguments on the matter without hearing from the electoral umpire.

But Wale’s lawyer, Mr. Oladele Gbadeyan asked the court to dismiss the entire suit brought by Bello as it lacked merit and frivolous in nature, adding that the applicant failed woefully to prove his case and to convince the court that he is the right candidate to represent Amuwo Odofin Constituency 2 in the Lagos Assembly.

He also contended that there was no time his client submitted any letter either to the party or to INEC that he was withdrawing for any person because he contested the said primary and won and his name was transmitted to INEC as the candidate representing APC for Amuwo Odofin Constituency 2 for LASHA.

Therefore the question of substitution could not have arisen when INEC has already documented the name of Wale as submitted by the party long before Bello made a move for substitution.