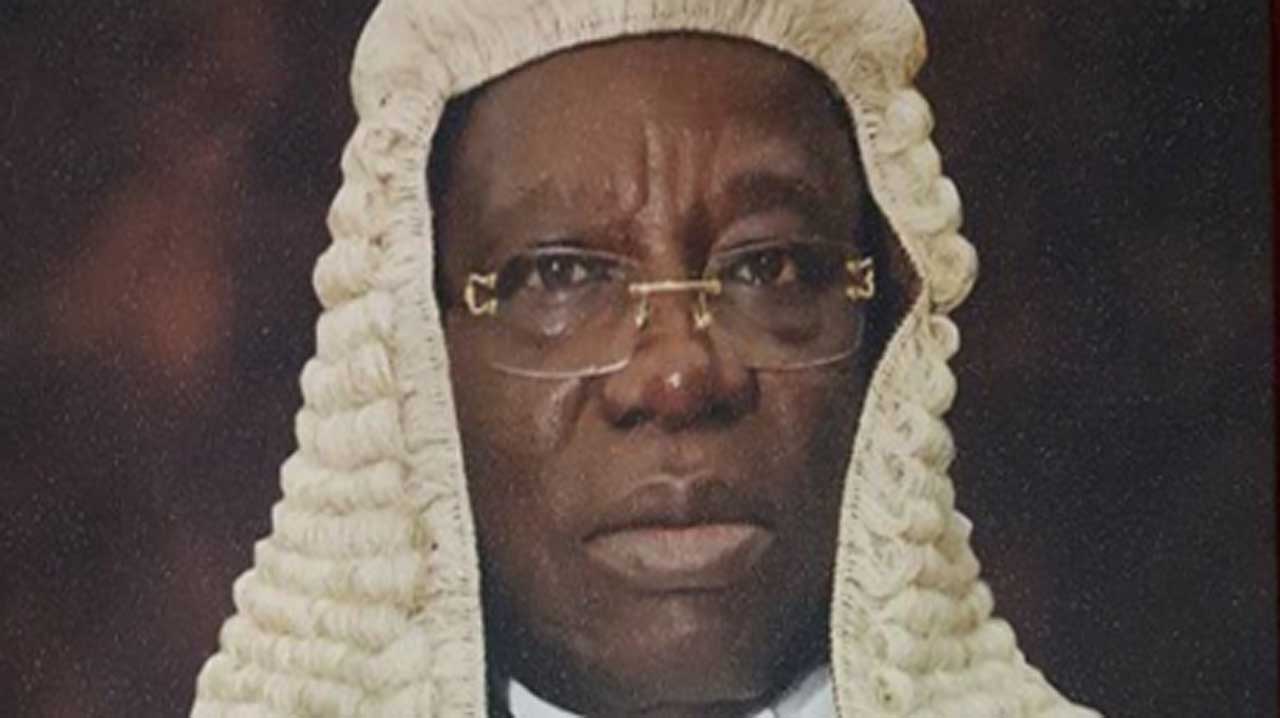 Justice Adejumo, President, NIC.
By Gbenga Agbede, Ado Ekiti
The president of the National Industrial Court of Nigeria (NIC), Justice Babatunde Adejumo , has declared that  no corrupt person can succeed if appointed into the bench of the court.
Justice  Adejumo said those aspiring to be judges of industrial court  and expected to scale the hurdles of screening  must be incorruptible and hardworking individuals .
He said the industrial court,   has been limited in the performance of its duties of settling  trade disputes in the country due to lopsided and faulty  ways of appointing the judges of the court.
The Jurist spoke  on Saturday while delivering a lecture entitled :’How to Become A Judge of National  Industrial Court’, to mark the 2019 Attorney General’s Colloquium in Ado Ekiti, Ekiti State capital.

In his commentary at the event, Justice Adejumo , who said apart from the fact that corrupt judges on the bench of the industrial court won’t make headway, added  that corrupt tendencies of such individuals are easily exposed to the public.
He said: “It is important to hint that anyone who may aspire to become a judge  of the court must understand the law, most particularly in the area of labour and industrial relations , must be of impeccable character who must abhor corruption and other related vices, must be hardworking and dedicated with no moral or professional blemish.
” The foregoing was in line with Rule 4 of the 2014 Revised National Judicial Council(NJC) Guidelines and Procedural Rules for the appointment of judicial officers of all superior courts of records in Nigeria”.
He stated that most of the trade disputes being adjudicated upon by the court were government- labour industrial feud, which he said further predispose the judges to intensive lobbying and this he stressed must be resisted to protect justice and integrity of the bench.
Adejumo revealed that the industrial  court failed to live up to the expectations of the people since its establishment via Trade Disputes Decree No 7 of  1976 by military regime due to dual appointment of the members of bench of the court.
“At inception, there was problem of dual procedure  for the appointment of the president and other judges of the court.
” By virtue of section 19 and 25 of the Trade Union Act, the President of Nigeria appoints its president on the recommendation of the Federal Judicial Service Commission while the other members are appointed by the President through the recommendation of the Minister of Labour.
“These procedures created a lot of problems to be  the extent that no quorum could be formed without the NIC president on seat.
“But with National Industrial Court Act 2006, the process was normalised and NJC is now the recommending authority just like the procedure for the appointment of judges of other superior courts”.
Justice Adejumo urged lawyers intending to serve as judges of the court to be apolitical, shun corruption and live a modest lifestyle to be able to pass the judicial scrutiny that would qualify them to the bench of NIC.