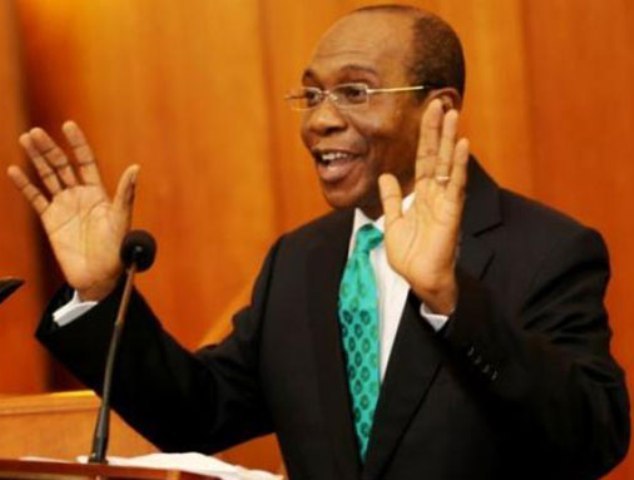 By our correspondent
For alleged willful and intentional disobedience of an order of a Federal High Court, Lagos, a former employee of News Agency of Nigeria (NAN), Sunny Odunwo, a lawyer, has asked Justice Cecilia Mojisola Olatoregun, to commit to prison, Mr. Godwin Emefiele, the Governor of Central Bank of Nigeria (CBN) and Mr. Johnson Akinkumi, the bank’s Director of Legal Services, for their failure to obey order made absolute by the court over his pension and gratuity.

Justice Olatoregun, had on November 7, 2008, while delivering judgment in a suit number FHC/L/CS/1171/2005, filed by Odunwo against NAN and the Attorney-General of the Federation (AGF), held that Odunwo is qualified for pension and gratuity and ordered both NAN and AGF to compute the said gratuity and pension and pay same to him forthwith.

But, due to the failure of NAN and AGF to obey the order after 10 years without appeal, the court on January 23, 2019, made a garnishee order Nisi attaching NAN and AGF’s Treasury Single Account (TSA) accounts with CBN and order that the judgment sum from 2008 be paid with 10 percent interest from the TSA account. And on March 7, 2019, the order was made absolute by the court.

Till date, all orders of the court remained disobeyed, consequently, both the CBN Governor, Emefiele and CBN’s director of Legal Services, Mr. Akinkumi becomes contemnors.

Odunwo in a motion for committal to prison of CBN Governor and the bank’s Legal director, filed by his lawyer, Mr. Johnson Odion Esezoobo asked the court for an order directing the CBN’s governor and director of Legal Services to cause the garnishee (CBN) to pay the judgment sum with accrued interest at 10 percent per annum to him or into court, in the alternative pay the judgment sum with accrued interest from the service of the order absolute to the date of such payment and file an affidavit of compliance thereof.

He also asked the court for an order directing service of the motion to commit to prison the contemnors (CBN’s governor and director of Legal Services) and all accompanying processes at the CBN Lagos liaison office and the service be deemed proper on the contemnors.
Odunwo in a 21 paragraph-affidavit filed before the court and canvassed by his lawyer, Mr. Esezoobo, averred that the court gave judgment in the case on November 7, 2008 and held that he is qualified for pension and gratuity and ordered his employer, NAN, to compute forthwith the said gratuity and pension benefits and pay same forthwith, adding that there was no appeal against the judgment for over 10 years.
The applicant averred that by preventing the enforcement of the judgment, NAN secretly went to the Pension Transition Administration Directorate (PTAD) without notifying him,  obtained a letter dated July 27, 2017, to nullify the court’s judgment by  declaring that he is not entitled to any form of pension and gratuity.

Odunwo further averred that as a fact, on or about January 23, 2019, the court made a garnishee order nisi attaching NAN’s TSA with the CBN in the judgment sum with interest at 10 percent from 2008 up to date. And that as a fact, on or about March 7, 2019, the order nisi was made absolute by the court and it was duly served on the CBN on March 18, 2019 and CBN became obligated forthwith to pay him the money or in alternative, pay the attached sum to the court.

He also stated that as a fact, there was no appeal against the order absolute by CBN, who he verily believed has accepted the order and his willing to comply but the CBN’s governor and director of Legal Services continually prevented the CBN from complying with the court’ order as enjoined by Sections 24 and 278(3) of the 1999 Constitution as amended, despite several letter from his lawyer.

He also stated that on April 17, 2019, his lawyer, Mr. Esezoobo, informed him that he received a letter from the CBN’s Governor and Director legal services on April 5, 2019, stating that the bank will not comply with order absolute and pay now. This he said is unbecoming and dangerous to the administration of law and justice in Nigeria.
The deponent also stated that by the said letter, the contemnors have stepped out of their duty to obey the law, including order absolute of the court, to assumed a partisan position in protecting their personal interest in NAN who to their knowledge has no appeal pending against the judgment of November 7, 2008.

He also stated as a fact, his lawyer, Mr. Esezoobo, in reply, wrote to the contemnors by a letter dated April 18, 2019, to caution on the effect of holding back payment and advised payment into court if they felt any doubt in the matter but yet to no avail, adding that both the CBN governor and the bank’s director of legal services are working in collusion with NAN and its counsel, stating that this is against public policy as well as the administration of law and justice and sections 1, 24 and 287 (3) of the 1999 Constitution.

He averred that it is in the interest of justice and good administration to grant the application by directing the payment of the money into court as well as directing the CBN governor and director of legal services to prison for contempt of court.

Moving the application and affidavit before the court on Friday, the applicant’s lawyer, Mr. Esezoobo, while urging the court to grant the application and commit both Emefiele and Akinkumi to prison, told the court that all the processes including garnishee order Nisi and order absolute have been served on the contemnors on May 3, 2019, at the Lagos liaison office of the bank.

However, the judge, Justice Olatoregun, while adjourning the matter till June 10, ordered that the motion seeking to commit Emefiele and Akinkumi to prison be served on them personally.