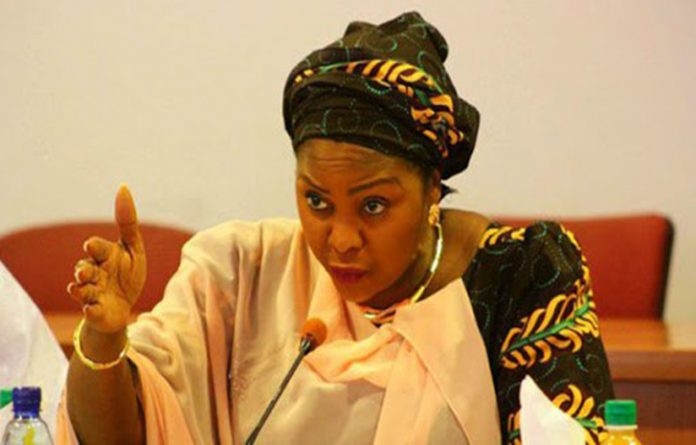 By our correspondent in Ado Ekiti

Senate Minority leader and chieftain of the People’s Democratic Party
(PDP), Senator Biodun Olujimi has described a statement being circulated around that she mocked the former Governor, Ayo Fayose and his Deputy Prof. Kolapo Olusola Eleka over the Supreme Court verdict which went against them as mischievous conjecture, and figment of imagination of the writer.

Olujimi who described the purported statement as embarrassing said: “Such statement can be easily affirmed as a figment of imagination of the writer and his cohorts and a miscalculated attempt to fan the embers of discord within the PDP”.

A statement signed by Olujim’s Special Assistant on Media, Chief Sanya Atofarati and made available to Daily Times  on Sunday said, “My attention has been drawn to the above subject matter wherein some mischievous elements suspected to be handiwork of agents of doom aimed at causing division within our great party PDP wrote that our distinguished senator, Senator Biodun Olujimi, a decent politician, purportedly mocked the former governor of Ekiti State, Mr Ayo Fayose and former deputy governor, Prof. Olusola Eleka who also was the PDP guber candidate in the 2018 election over the Friday, 24th May, 2019 Supreme Court judgement.

“For me, considering my very busy schedule would not have dignified these rants with any response, but in the overall interest of the unsuspecting citizens whom by this statement might be misled, hence, the need to set the records straight.

“It is on record that senator Biodun Olujimi, a party leader whose efforts in uniting the party at all times and having been commended at all levels could never have issued such a disuniting statement through a traditional leader of repute.

“Also, it must be noted that prior to the governorship election, Senator Biodun Olujimi did not only spend her personal resources to mobilize well meaning leaders and members of the PDP to ensure the success of the party in the election but also rallied round across the 16 local government areas and the 171 political wards of Ekiti State with the guber candidate, Prof. Olusola Eleka whom she has always enjoyed smooth relationship with.

“The general public, especially PDP members are hereby urged to disregard such statement and see it as one orchestrated by agents of political ravagers set out to malign the hard earned reputation of sportsmanship built over the years by our distinguished senator”.