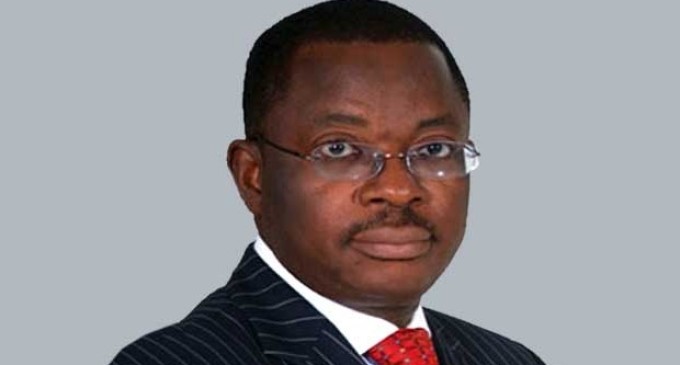 A witness of the Economic and Financial Crimes Commission (EFCC), Mrs. Modupe Idowu Ajayi, today, told a Federal High Court, Ikoyi, Lagos, in the trial of the former CEO of the defunct Intercontinental Bank Plc, Dr. Erastus Akingbola, that all loans approved by the bank, followed due process because they went through a full Management Credit Committee (MCC) screening and approval, comprising the executive and non executive directors who were completely independent of the influence of the then chief executive officer, Dr. Akingbola

Ajayi, a former Senior General Manager, SGM, Credit Analysis Department of the defunct bank, also told the court that Akingbola did not authorise  the disbursement of any loan obtained from the bank and that no quoted company is associated with his name, contrary to insinuations that the former MD of Intercontinental Bank gave himself loans to acquire several quoted companies.
The witness stated this while being cross-examined by the defence counsel, Professor Taiwo Osipintan (SAN), leading two other senior advocates, Mr. Mike Igbokwe and Mr. Bode Olanipekun, for Akingbola .
When asked to go through pages 84 to 94 of one of  the exhibits  tendered  by the prosecution through her, and point out if there is any loan obtained without due process, the witness said: “The process was in accordance with the laid down rules and the approval was based on recommendation”.
When she was also asked if the (defendant) Akingbola signed the disbursement of the loans, the witness replied: “There was no document indicating that the defendant authorised the disbursement of the loans”.

Ajayi also told the court that from the documents,  all the loans were adequately secured  either by shares  or cash as contained in the offer letters and that there are two conditions for draw down of the facilities, they are condition precedent and condition subsequent for drawing down the facilities.
Earlier, Ajayi, while being led in evidence-in-chief by the prosecutor, Mr. Rotimi Jacobs (SAN) had narrated before the court how the defunct Intercontinental Bank Plc, granted billionaire loans to some companies for trading at the Nigeria Stock Exchange.

She said all the loans followed due process and met the bank credit policy rules as at the time. The witness also informed the court that Intercontinental Bank made money from such facilities.
She also told the court that throughout her tenure as head of credit analysis, she did not recommend any facility to Akingbola or companies associated with him.
In her evidence, Ajayi who claimed to have started working with the bank in 2004, as manager in Credit Analysis Department, while analysing some exhibits earlier tendered by another witness, said she did not sign some of the documents for the loans.

EFCC had in a 22- count charge alleged that  Akingbola, between November 2007 and July 2008, “caused to be created a misleading appearance of active trading in the shares of Intercontinental Bank Plc on the Nigerian Stock Exchange by being connected with the utilisation of an aggregate sum of N179.385 billion of the bank’s fund for the purchase of the bank’s shares.”