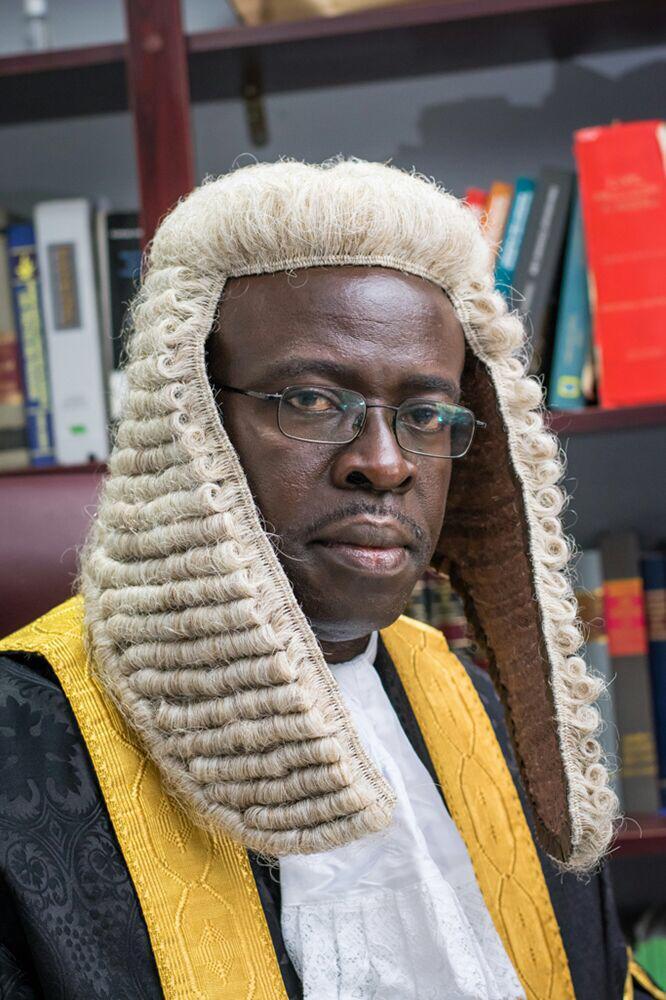 Mr. Chijioke Okoli is a senior advocate of Nigeria, (SAN) and a former chairman of the Nigerian Bar Association (NBA), Lagos premier branch. In this interview with the publisher of The Advocate News, IBE UWALEKE, he bares his mind on the ongoing case reviews at the Supreme Court and warns that the apex court should hold its integrity high and not allow Nigerian politicians to drag it into disrepute. (Excerpts):

Is there any jurisprudential essentials to be established when the Supreme Court of Nigeria attempts to review its judgments on account of perceived error by parties who seek the reviews?

Are you comfortable with the way Nigerian politicians are dragging the Supreme Court to its lowest ebb by approaching it to review its judgments they found unfavourable to their expectations?

No serious Nigerian, let alone a lawyer will feel comfortable with what is happening at our Supreme Court at the moment. The idea of politicians rushing back to the Supreme Court to seek for review after it has given its decisions in my view is irresponsible to the extreme. The Bayelsa case has just been dealt with by the Supreme Court. It was a preelection matter. The Imo State case is an election matter where there are certain questions that are left unanswered in the earlier judgment that is now being sought for review, particularly the computation of the so called result presented by a police officer. This is a case of mathematics. One plus one will give you two in Moscow as well as in Lagos. The court could have referred the issue of computation of the figures to INEC and look at the issue of geographical spread of the candidates’ score whereby the candidate with twothird of two local government areas may not be declared the winner of the election with the highest votes as against the one with twothird in 14 local government areas. Imo has 27 local government areas. To meet the constitutional requirement spread will be 18. If non of the two candidates meets the requirement, the court can order for a rerun election for the winner to emerge between the two.

What do you expect from the Supreme Court when it hears the Imo case?

Is there any hope for the common man in the judiciary if its decisions are put to questions?

What is happening now is not a palatable development with our courts. But if you take away our judiciary from the rest, what you will have is law of the jungle. The judiciary does not exist for itself, it exist for the society, the society owns it.What we will do from the legal point of view is to invest more faith as much as we can.

I was one of those who argued against taking the gubernatorial election matters to the Supreme Court. You can now see why we argued against it. See how politicians are rushing to the highest court for all manners of review cases to rubbish the apex court. For me it is better for us to return to the statusquo where all governorship election matters end at the Court of Appeal. We should insulate the Supreme Court from the shenanigans of politicians as they are happening now. If we are having these reviews at the Court of Appeal we will not be having the tremor as we are experiencing it at the moment.

No, no, no. The Judiciary has not faired well under President Muhammadu Buhari’s government. The other time, that was last year, they went and raided the houses of judges and said they were looking for evidences to indict some judges for corruption. They did not find any of the judges they arrested wanting. The DSS should tender total apologies to the judges who were harassed and nothing incriminating was found on them, particularly Justice Inyang Okoro. Justice Okoro is held in high esteem among members of the Bar. The NBA and NJC should demand apology from SSS on behalf of this erudite judge, for harassing him over the night operation and failing to raise any charge against him. The SSS should also tender apologies to Justice Nnamdi Dimgba of the Federal High Court, Abuja for the same offence of harassment overnight in the last year sting operation by the DSS. Before you go to a judge’s house to harass him, you must have your facts right. You don’t go to judges’ houses to intimidate them unduly.

Is there any crisis of confidence in the judiciary, particularly at the apex court?

I wont say crisis in the judiciary, but instead there are challenges certainly. The heart of the rule of law is there must be certainty. Crisis of confidence sounds a little bit alarmist. But no doubt we have challenges in the judiciary. The frequency is more now. Even in the golden years of the Supreme Court there were still conflicting decisions of the Supreme Court. That was why Justice Chukwudifu Oputa was quoted as saying: ‘We are final not because we are infallible, but we are infallible because we are final.” Part of the reason you have conflicting decisions at the Court of Appeal is because you have so many divisions of the court. The way the court is going, we are likely to have 36 divisions of the court in all the 36 states and Abuja. Indeed there are conflicting judgments of the appellate courts which is a challenge we have to deal with.