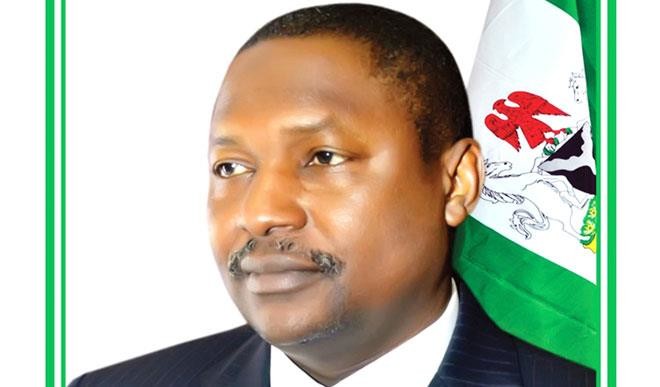 The Federal Government has proved how potent the mechanism of a plea bargain, if well deployed is capable of fast-tracking the return of stolen assets by looters to the country.

Solicitor-General of the Federation and Permanent Secretary, Ministry of Justice, Mr. Dayo Apata (SAN), who gave this indication described plea bargain as an important component of the administration of criminal justice, adding that the concept when fully accepted is capable of reducing litigation costs and time.

Apata spoke in Abuja, while receiving a plea bargain manual on behalf of the Attorney General of the Federation (AGF) and Minister of Justice, Mr. Abubakar Malami, SAN.

The manual was developed with the support of the Rule of Law and Anti-Corruption (RoLAC) in partnership with prosecutors and other officials of the Ministry of Justice, as well as members of the Nigerian Bar Association (NBA).

Apata, who was represented at the occasion by the Director of Public Prosecution of the Federation (DPPF), Mr. Umar Mohammed, seized the opportunity to correct the misconception that plea bargain is deployed to give soft landing to looters of the nation’s treasury.

He said the standardisation of guidelines for the implementation of plea bargain will promote consistency of practice and enhance public confidence in the process.

“Plea bargain is an important component of the administration of criminal justice. It helps in the management of the caseload of prosecutors and enables the state to concentrate its limited resources on the cases considered more deserving of full prosecution. If carefully applied, plea bargain can enhance the quick return of stolen assets. It can also aid the decongestion of the facilities of the Correctional Services,” he explained.

Also speaking, legal consultant to RoLAC and President, Centre for Socio-Legal Studies (CSLS), Prof. Yemi Akinseye-George (SAN), noted that for any plea bargain application to be effective, it must be approved by the AGF.

While he stressed that the manual does not place any limitations on the prosecutorial discretionary powers of the AGF, Akinseye-George, however, stated that any agreement reached as based on the manual, shall be legally binding.

He noted that the manual covers virtually everything that is required to have a successful plea or sentence bargain.

“Article 7.0 outlines a set of 12 guiding principles which must govern plea and sentence bargains.