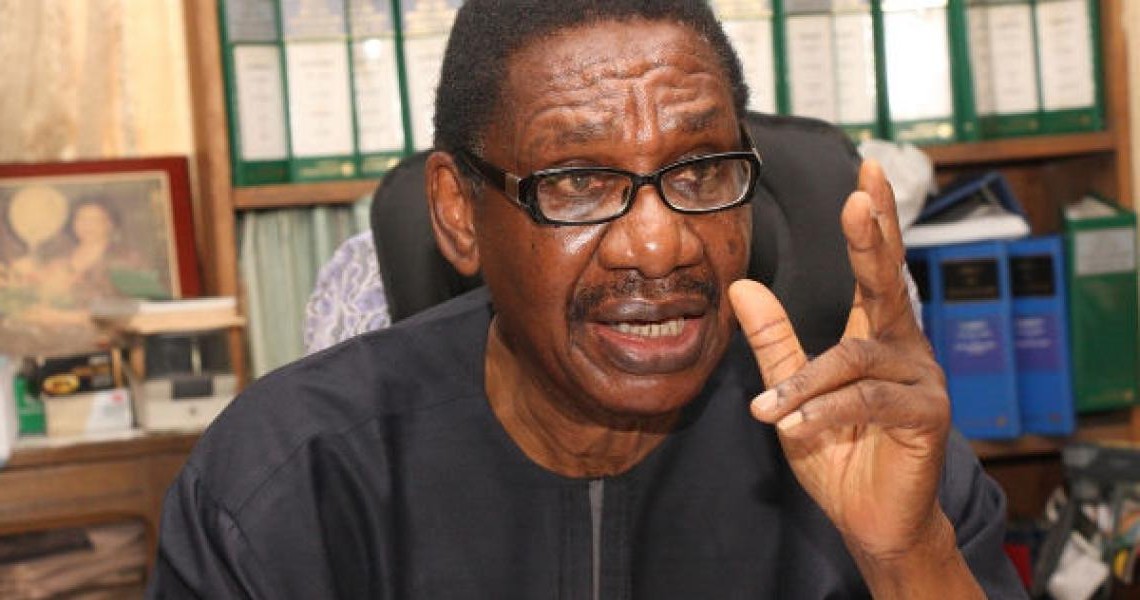 By Editor.
Following the roiling saga of the large scale fraud, financial recklessness and incompetence of the Interim Management Committee (IMC) of the Niger Delta Development Commission (NDDC), more leaders of the Niger Delta region have questioned the propriety of having the IMC in place and called for its disbandment.
Giving his view on the saga, the Chairman of the Presidential Advisory Committee Against Corruption, Prof. Itse Sagay, has called on President Muhammadu Buhari to sack the Interim Management Committee of the NDDC.

Speaking with Channels TV, Prof Sagay said: “I will suggest that everybody there should be cleared out so that a permanent board and management can be established in the place that will then be monitored. My view is that everybody should be removed right now.”
Going further, Sagay questioned the rationale in not putting in place a substantive board to manage the commission and supervise the forensic audit, which the president ordered.

In his words: “I do not see why forensic auditing cannot take place when you have a regular board. I don’t see the point in having this temporary (Interim Management Committee) which is an anomaly and which has proved to be a disaster.”
Niger Delta groups have long called on the president to disband the IMC which was pushed by the Niger Delta Minister, Godswill Akpabio to supervise the forensic audit, but which has proven to be a smokescreen for mind boggling stealing and mismanagement. The groups argue that the IMC is illegal since there is no provision for it in the NDDC Act.

In October 2019, President Buhari nominated members for the Governing Board of the NDDC, 15 of whom were confirmed by the Senate on November 5, 2019.
The ongoing investigation by committees of the Senate and House of Representatives has uncovered financial recklessness, abuse of office and incompetence by the IMC in the last eight months since it was appointed.