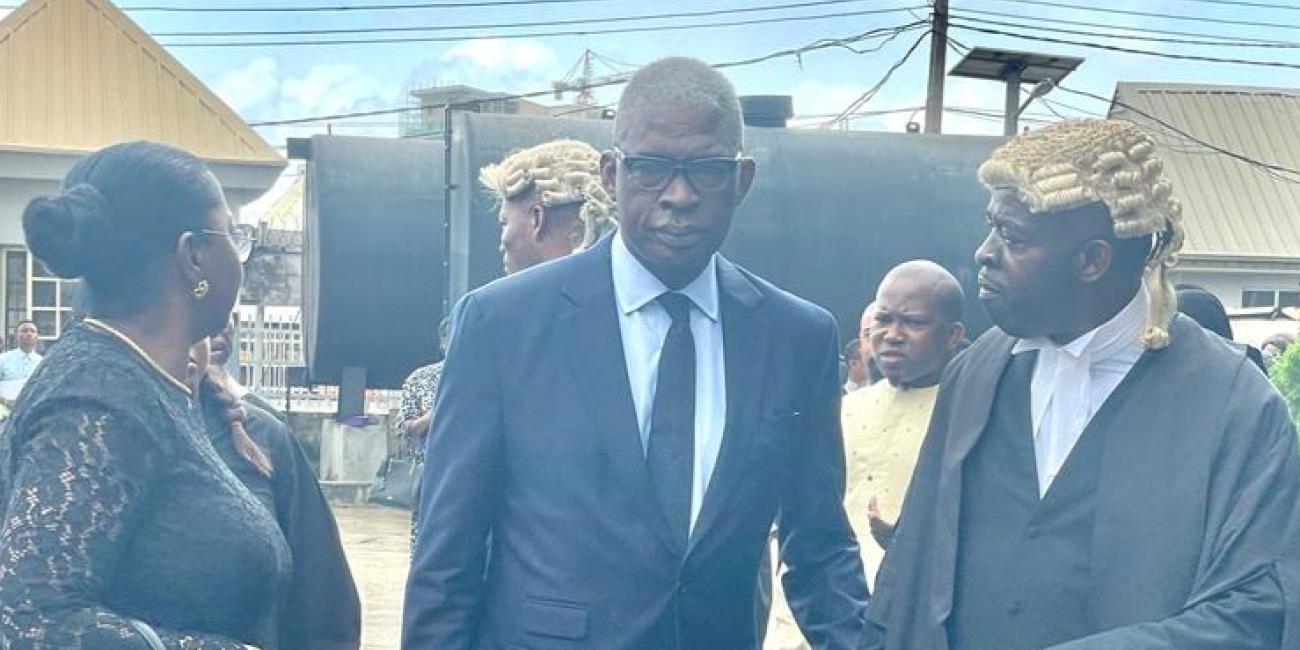 The Lagos Zonal Command of the Commission arraigned the AG on a four-count charge bothering on money laundering to the tune of $200,000 before Justice Chukwujekwu Aneke of the Federal High Court sitting in Lagos.

Shasore, a Senior Advocate of Nigeria (SAN) was alleged to have committed the fraud without going through a financial institution.

A statement by EFCC’s Head of Media and Publicity Wilson Uwujaren, said that the accused pleaded not guilty to the charge.

He said that after his plea, prosecution counsel, Bala Sanga, prayed the court to order a remand of the defendant in custody pending trial.

However, Shasore’s counsel, Yemi Candide-Johnson, SAN, who appeared with three other senior advocates of Nigeria, prayed the court to grant the defendant bail on self-recognition.

Candide-Johnson averred that the defendant showed up for arraignment without being reminded, coerced, or forced.

He further told the court that the defendant had always made himself and any documents sought from him available to the anti-graft agency whenever necessary.

The defence counsel however argued that the case had been under investigation for three years and that the defendant does not pose a flight risk.

After the defence counsel’s submissions, the prosecutor did not oppose the application for bail.

In granting his bail application, the judge held, “There is no doubt that the court must strike a balance based on the evidence before it, between the constitutional rights of the defendant to liberty and presumption of innocence and the rights of the state to prosecute its erring citizens.

“The defendant’s application for bail succeeds and the bail is accordingly granted in the following terms: Defendant applicant is admitted to bail in the sum of N50 million with one surety in like sum.

“The surety must be a serving director or a permanent secretary in the service of the federation or the Lagos State Government. Surety to produce two copies each of his or her recent passport photograph and evidence of payment of tax or tax clearance.

“The defendant’s international passport with the complainant shall be deposited with the Registrar of this court pending trial. This is the ruling of the honourable court.”

The court however adjourned the case to November 24, 2022 for trial.