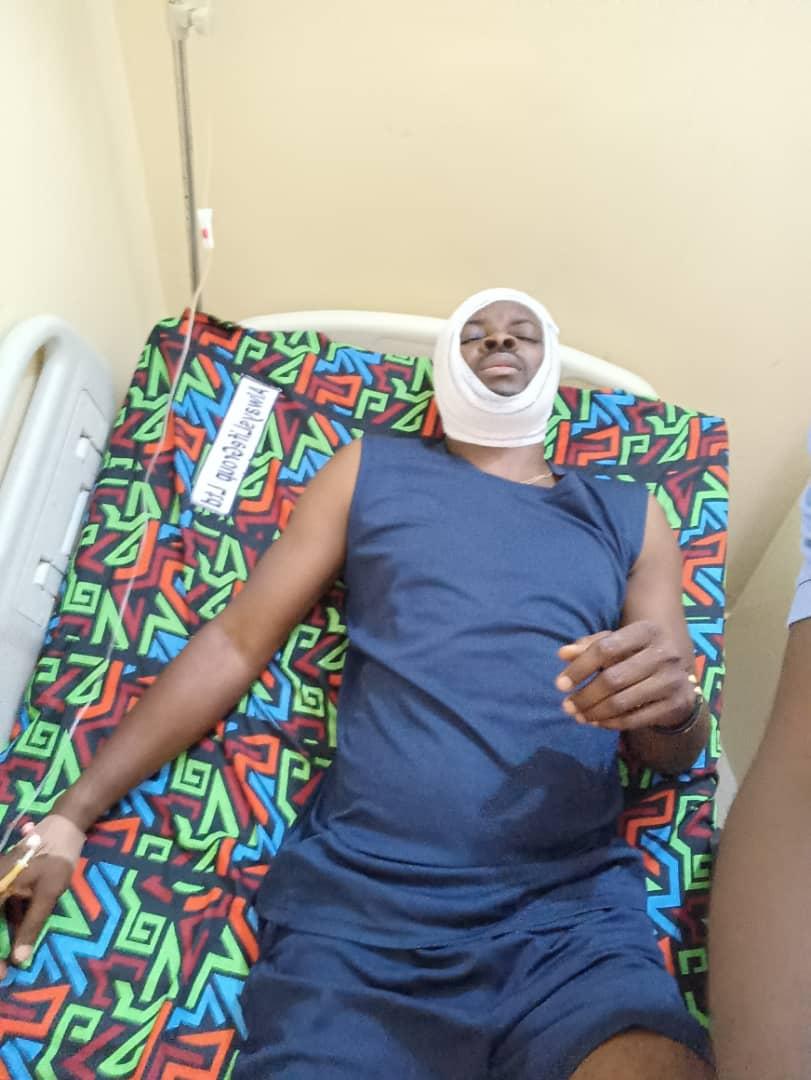 The injured victim, Chinedu Anaukwu in a hospital bed.

POLITICIANS are at it again as Nigeria goes into another cycle of politicking in an election year. Like every other election cycle over the yeas, it has not been devoid of violence, maiming of citizens, attacks on innocent people and indeed, in several occasions, outright killings of opponents and other people who are critical of the particular politicians’ ambitions.

Recent reports wafting from Kaduna, Katsina, Imo, Ebonyi, Enugu, Ogun, Plateau, Kogi, Benue, Taraba and indeed Anambra states and other places are very scary while major elections are a few weeks away. Reports of attacks, violent confrontations at rally grounds, maiming and killings of opponents with flimsy excuses are in our opinion, indications that Nigerian politicians have not imbibed the spirit of tolerance and compromise for a harmonious existence in a fragile society like Nigeria.

To drive this message home, just consider this incident that took place in Anambra last week. An APGA Federal House of Reps Member went on rampage with his thugs and descended on an Awka-based business man, Mr. Chinedu Anaukwu and inflicted deadly injuries on him. He is now in a  critical condition at a private hospital Awka, Anambra State.

He was allegedly assaulted and  battered by a member of All Progressives Grand Alliance, APGA,  representing Anambra East and West Constituency at the Federal House of Representatives, Hon. Chinedu Obidigwe in the company of his eight thugs and chief security officer, Nnamdi Adimora, popularly known as Akwada.

The incident took place at the house of one Rev Fr. John Manafa at Igboezunu Village, Aguleri, Anambra State. The House of Reps member had alleged that the business man was working  for Peoples Democratic Party House of Reps candidate for Anambra East and West in the forthcoming election, Hon. Obinna Emeneka. The Reps member also alleged that the victim had been criticising his non execution and attraction of Constituency projects for his community.

The business man who is from Aguleri,  had in the past requested that the Federal House Rep to intimate the community with evidence of execution of Constituency projects in his area as well as those attracted to the community  since he was elected.

But instead of the Federal House member listing his achievements, he started mentioning the Empowerment projects of Mrs Ebele Obiano, wife of former governor of Anambra state as his achievements. The victim faulted his claims and noted  that no new projects had been executed since Mrs Obiano left office.

The encounter was said to have angered Obidigwe who viewed his action as an effrontery. However, trouble  began when Mr Anaukwu, who had a scheduled  business meeting with Mr Primus Odili, former Chief of Staff to former governor of Anambra State, Chief Willy Obiano called on Rev Fr. Manafa. On arrival at the venue, they incidentally met the convoy of the Federal House member.

On sighting Mr. Anaukwu, his chief security officer, Nnamdi Adimora, alerted the house member pointing  at Anaukwu alleging that he was the one who had been criticising him for his alleged lack of accountability to the community who voted for him.

Mr Obidigwe was said to have risen from his seat and went to where the business man was seated and slapped him several times. Mr Anaukwu who expressed shock and dismay over his level of assault on his person had hardly recovered from the slaps when he ordered his thugs numbering about eight to hold him on both hands while he rained blows on his head , his face, breaking his eye glasses and body part and leaving him with sever injuries.

“Not satisfied with injuries inflicted on him, he ordered his chief security officer, Adimora and his thugs to kill the victim”.

The  assault and battery resulted  in multiple head injuries. He was thereafter rushed to a hospital in Awka where he is currently receiving treatment. The thugs are still threatening to further deal with him if he does not desist from seeking  account of their master’s stewardship as the house of Reps member in his community.

However, the matter has been reported at Otuocha Police Station. Though no arrest has been effected. Mr  Chinedu Obidigwe, the Anambra East and West Representative at Federal House, is however said to be a  notorious and serial abuser who delights in taking the law into his hands. The current victim is said to be the fourth person  in the series.

Others he was said to have abused are: Mr Chukwudi Onyejekwe Esq (Awande), former Executive Director of State Emergency Management Agency, SEMA.  He was allegedly assaulted by Mr Chinedu Obidigwe on the 22nd of February 2019, a day before the election, former APGA member Ruth Esedo was also allegedly beaten and stripped naked for supporting Hon Chuma Umuorji, during APGA governorship primary, and one Mr Chinedu Nnatuanya,  current APGA Zonal Chairman,  Anambra North before his latest victim.

Mr. Chinedu Anaukwu, the business man is calling the attention of governor of Anambra State, Professor Charles Soludo, the police, other security agencies in the state and APGA leadership to come to his aid, as his life is no longer safe following this latest assault and threat to his life.  He is also calling for the arrest and prosecution of Obidigwe, the mastermind of his ordeal.