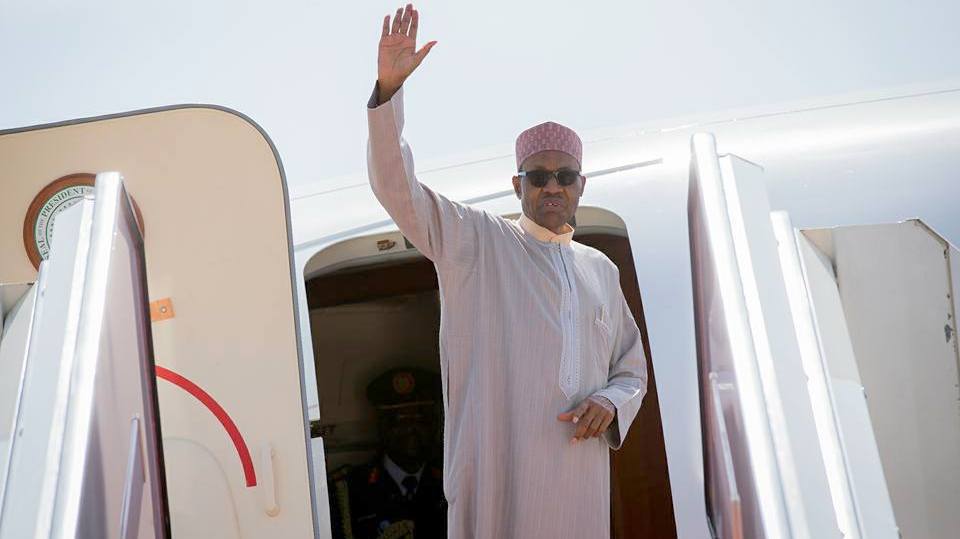 The Peoples Democratic Party (PDP) has charged the Presidency to come clear on reasons for President Muhammadu Buhari’s “technical stopover” in London.

The party, in a statement by its publicity secretary, Kola Ologbodiyan, said the presidency should end what they described as official secrecy as the president is not a private citizen, therefore his activities must be fully disclosed.

The President, who left Abuja on Saturday on an official working visit to the United States of America, on the invitation of President Donald Trump, left the US after the meeting on Tuesday morning.

Mr Buhari was expected on Wednesday as the report released to announce his departure from Nigeria to the US didn’t state he would be stopping by in London. He however, arrived London Tuesday evening.

Following a report by PREMIUM TIMES that the president was yet to return two days after leaving the US, a presidential spokesperson, Garba Shehu, said he was in London for a technical stopover.

The party believes full information should be given especially as President Buhari’s foreign trips come at great costs with no gains to the country, citing the times when the president made negative statement about the country and its citizens.

One of those was when the President called the Nigerian youth lazy at the just concluded the Commonwealth Head of Government Meeting (CHOGM) in London.

“The PDP invites Nigerians to note that President Buhari left the United States 48 hours ago and embarked on an unofficial visit to United Kingdom for undisclosed reasons without transmitting a letter to the National Assembly. This is impunity and another constitutional breach.

“Indeed, Nigerians are worried about the signal being sent out by this penchant for secret itinerary, particularly, given the poor reputation and governance transparency issues confronting our nation under the Buhari administration.

“The Presidency must understand that President Buhari is not a private citizen and as long as his upkeep and itinerary is sourced from our hard-earned resources, there must be full disclosure, as citizens deserve to know the purpose of the visit and the cost to our nation.

The party claims Mr Buhari admitted to the Voice of America (VOA) that he was unable to reach any agreement with President Donald Trump on any matter of interest to Nigeria during his US visit and that he has no future development agenda to validate his 2019 re-election bid.

The PDP therefore urged the president’s handlers to adequately prepare him before international outings as well as ensure full disclosure on all his visits outside the country.